So you’ve been hearing a lot about this new phenomenon called “vaping,” and you’re interested in trying it out. That’s exciting! However, you may be wondering: where do you even begin with all this? Every vape enthusiast has been in that position, and we’ve collected some advice to get you started on the right foot. Here are some vaping tips for beginners, based on our own experiences (and our own mistakes).

The act of vaping has been around for at least two millennia. In the fifth century BCE, Herodotus — the ancient Greek known as “The Father of History” — described a tradition of the Scythian people of Egypt. They would place hemp seeds on hot stones and inhale the vapors they would produce as they burned.

In 1963, an American named Herbert Gilbert patented a “smokeless, non-tobacco cigarette” that created “heated, moist, flavored air.” It never made it past the prototype stage but remains the earliest design for the modern vaping device.

The e-cigarette as we know it today was invented by Chinese pharmacist Hon Lik in 2003. His brainchild used ultrasound emissions to atomize a liquid solution containing nicotine. Other enterprising individuals have developed simpler ways to vaporize juice, and the rest is history.

Despite what some might assume, people don’t smoke an e-cigarette. Traditional cigarettes are lit with fire, and the reaction between the flame and the tobacco creates new chemicals in the form of smoke. You do not burn anything with an e-cigarette. Instead, your vaping device heats the liquid inside the cartridge until it evaporates into steam. That vapor — which is simply the gaseous version of the substance, with no new chemicals — is what you inhale.

Vaping is quite different from smoking. In fact, it is often used as a healthier substitute for smoking. The chemicals in smoke, created by the burning process, are among the most dangerous parts of traditional cigarette use for conventional smokers. Vaping — designed by ex-smoker Hon Lik as a safer alternative after his father passed from lung cancer — is seen by many as far cleaner and healthier. It's also reported to be 3x more effective for smokers to quit than traditional nicotine gum.

Vaping devices are a little more intricate than the old-school “tobacco wrapped in paper.” Knowing the different parts of a vape device can help you hit the ground running. Here’s a quick run-down:

The vape mod is the container for the battery, which it connects to the other parts of the device. 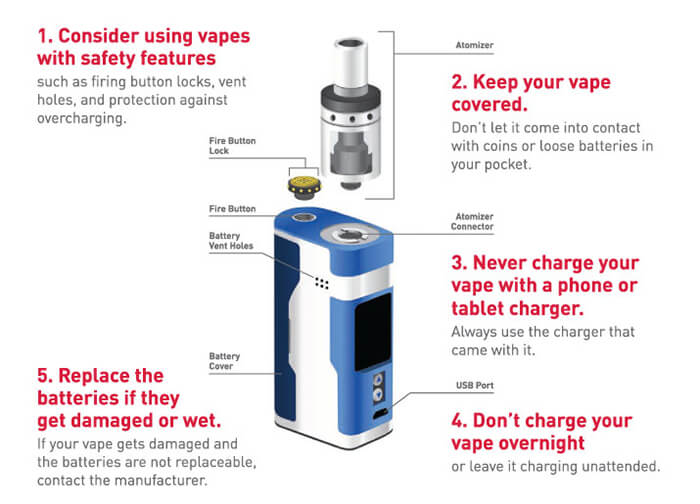 You can also find a variety of vaping devices with their own individual methods for the process. Here’s some information on the more popular types, so you can choose the one that’s right for you:

VV/VW Mods are mid size mods that allow you to adjust the device’s output power. “VV” stands for “variable voltage,” while “VW” is short for “variable wattage.” They’re popular for their customizability and safety.

Cigalikes are small mods, often disposable and closely resemble a tobacco cigarette in shape and appearance, if not in function. They’re a popular gateway for cigarette smokers who have never vaped.

Vape pens are named for their pen-like shape. They tend to have a longer battery life than cigalikes and come in a variety of colors.

Some devices are “complete systems,” meaning everything comes together with no assembly required. Others come with the different parts separated, so you can experiment with different combinations and learn your preferences. Getting yourself a proper “all in one kit” can help ease you into the habit.

When you run out of e-juice, you can easily put more inside. You’ll first have to separate the tank from the device, drip more liquid into the tank with a dropper and put it back together.

If you want the cotton around the coil to absorb the e-juice quickly, you can use a dropper to “prime” it as well. Simply detach the coil from the tank, insert one drop of e-juice into each of the coil’s holes, and wait a couple of minutes for the cotton to finish absorbing the e-juice. Without priming, you have to wait longer for the e-juice to soak in.

An alternative approach to vaping is a technique called drip vaping, or “dripping.” This involves removing the drip tip and the tank, leaving the coil exposed. You drip just a few drops of e-juice onto the absorbent material around the coil, quickly reattach the tank and drip tip, and heat it up. The idea is to get a stronger burst of nicotine and flavor, making for a more intense vaping experience. However, you have to be more careful with the coil than usual, and you will need to refill much more often.

As any vaping enthusiast will tell you, maintenance of your materials is essential. Too much neglect may result in a device failing to function correctly. Here are a few tips for maintenance:

While this advice could not address all the questions one may have about vaping, they should be enough to prepare beginners for their first experiences. Eventually, everything should become second-nature to you as you grow accustomed to the practices and habits. 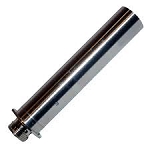